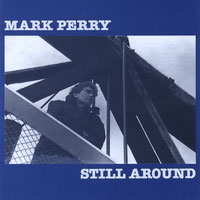 On March 14, 1993, Mark entered the infamous Mushroom Studios in Vancouver, BC. It is haunted by the great records that were made there. He wanted to make an honest record and capture the spirit of the songs. Mark thanks Roy Forbes, who produced the album, for understanding this.