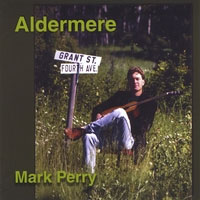 Touring Aldermere – Smithers. What a great way to start things rolling. A sold out crowd at the Della Herman theatre and music and laughs.. Shames Mountain, Burns Lake, Prince George, Calgary, North Vancouver, Brentwood Bay and Victoria were all great experiences. Met a lot of people and introduced them to some new songs. We laughed and sang together and we talked about returning.

Touring with Oli Johnson was a blast. He can play and sing AND is a very funny guy. He flew off back home to the family and the Idaho. Jordy Walker played great and hung in there pretty well for a young guy. Accordian jokes were abundant and in every town people asked about that strange guitar like thing he played. Hugh McMillan and Colleen Eccleston were with me in Victoria and Brentwood and it was great to see them again. I return home and consider myself so lucky. I do something that I love to do. Yahoo !!

What’s next ? A few local gigs. Terrace February 7 and Prince Rupert Feb. 8. Could Kitimat be far away ? New songs and another album? I’m still trying to catch my breath but for sure. I mean, what else am I gonna’ do?