A Mark Perry concert is like a Canadian roadtrip…

A dozen albums strong, Mark Perry is deeply loved in Canada for his good-humoured and thought-provoking performances that get festival audiences up on their feet and make theatre crowds feel like they’re in his living room. He sweeps you up in emotional and animated tales of sinking ferries, rising rivers, NHL dreams, or buying a car for “two cords of wood and 24 beer”. Towns dying, towns being born… this Canadian singer-songwriter draws us in to reflect and to laugh as he pays tribute to real characters and events in rural Canada. His music connects us from coast to coast.

New Jersey has Springsteen, New York has Billy Joel, northern BC has Mark Perry. These are the storytellers of their times and places,” salutes music reviewer Frank Peebles in the Prince George Citizen.

This popular songwriter released his 13th album, Northwest, late Fall of 2021. While multiple generations of northern BCers grow up singing his lyrics by heart, Perry has recently branched out on a national level. After performing at Folk Alliance International in Montreal and New Orleans, he saw a surge of interest and airplay across Canada, the US, the UK and New Zealand. In 2020 he was recognized by Roots Music Canada for his 2019 single premiere of “Cold Road” in their Top 10 most popular reads. At the start of the Covid-19 pandemic in 2020, Perry released a song and quirky video “Flatten out the Curve” that went viral on Facebook and was picked up by newspapers and radio DJs across Canada and the US.

Perry has been writing, recording and performing since the mid-1990s when he recorded his first album with Roy Forbes and Shari Ulrich, and headed out on to tour with Connie Kaldor as her opening act. These days he sells out his own theatre shows in western Canada, currently touring with a variety of talented accompanists including Mark Thibeault (Hungry Hill), Tobin Frank (Spirit of the West), Ian Olmstead (Alex Cuba) and Mip (Mip Power Trio). With 13 albums of rich material, Perry has a large repertoire of both contemplative and lively songs to suit his audience¬¬; he enraptures you with a dirt road ballad one minute, and has you cutting a rug to a river-rising frolic the next.

These days Perry is focussed on writing and creating music in his home-based studio and runs a small horse farm with his wife Jane in a beautiful mountain valley outside Smithers BC.

Mark Perry performs 15-25 concerts/year & more with each album release. He tailors his program to the venue (seated vs. danceable spaces) & audience demographics, geography & topics of interest – from Toronto to Revelstoke. He performs as a trio or full band in soft-seat theatres of all sizes, festivals & community halls.

“Mark was a highlight for festival goers and had the crowd up on their feet dancing away,” says David McTavish, Artistic Director, Midsummer Music Festival.

Mark Perry produced his 1st album in the 1990s with his west coast hero Roy Forbes (Bim) and recorded the next 10 with acclaimed producers Steve Dawson, Hugh McMillan, Bob Hamilton, Joby Baker & Jordy Walker. In 2019, Perry released a collection album, “Recollections”, re-recorded his single “Queen of the North” and released a new single “Cold Road” which premiered nationally on Roots Music Canada. In 2020 he released a single and accompanying home video, ‘Flatten out the Curve’, at the beginning of the Covid-19 pandemic which went slightly viral on Facebook with over 30,000 views and 1,000 shared in its first few days.

Leading up to his 13th album release, Northwest, Perry released three singles in 2021 – ‘Golden Spruce‘, ‘Fish Boats‘, and ‘Who Am I?‘

As a kid growing up in a small northern BC town in the 70s, Mark Perry got his start when he tuned in to the scratchy, barely audible, late night AM radio waves coming from Vancouver and heard CCR, the Rolling Stones, Eric Burdon and Gordon Lightfoot. He traded an old lawnmower for what he calls an “electric(ish) guitar” and into the neighbour’s basement he went, guitar in hand, determined to play that music. He earned his calluses playing consecutive 6-nighters with his road band, and started writing and crafting his own popular songs. In between raising a family and working for the Canadian railroad, he’s produced 13 albums and performs to a growing fan base.

These days Perry has left the railyard and is more focussed than ever on writing and creating music in his home-based studio. He runs a small horse farm with his wife Jane in a beautiful mountain valley outside Smithers BC.

“Another brilliant example of Mark Perry’s ability to weave a great story that has humor, social commentary, commercial observations and the perils of the failure to find balance. It’s the little added observations in Perry’s songs that make his contributions so important and significant. Have to hope that this song will find it’s way to a new record. SOON!”

“…showcasing his mature songcraft, his pleasing, jaunty baritone, and his ability to deliver a maritime-tinged song like this with all the character it demands. In the past few years, Mark has started touring and marketing himself farther afield from the northwest coast he calls home. Let’s hope the end of the pandemic – oh please let this be the end – will spell an opportunity for more of us to see him live.”

Mark Perry was one of my “1”s and – LIVE – he lived up to my expectations – and exceeded them. I was able to get a copy of this CD (Recollections) and have listened to it at least a few times since I returned home. I like it – A LOT.

“At times, he was like a stand-up comedian and there were times he was more like a historian helping us remember some forgotten part of life in the area. …It was an entirely entertaining evening that was over too soon.”

“New Jersey has Springsteen, New York has Billy Joel, northern B.C. has Mark Perry. These are the storytellers of their times and places.”

“Toronto was really lucky to have received the rare appearance of British Columbia’s Mark Perry. He played a very intimate show at the Tranzac…Mark’s storytelling was truly heartfelt, honest and filled with humour and humility.”

“‘I’d love to one day be as famous as he is in Smithers,’ says Juno-winning Alex Cuba of hometown music hero.

“Mark Perry had our audience captivated through the entire show. His heart shines through in his voice and his songs. Mark Perry`s performance is a ‘must-see’ and a ‘must-see again’.”

“Offers a real slice of life, sans saccharin. I recommend it.”

“This singer/songwriter from Smithers is one of our finest, a guy whose songs are full of the telling little joys, frustrations and messy minutiae of real life. In a world of so much artifice, he’s one of the real things.”

“Geography may have shaped Perry’s character, but it hasn’t compromised his music’s universal appeal.”

~ The Georgia Straight, Vancouver, BC

“Mark Perry is to the Northwest what Gord Downie was to Canada – he captures our hearts by telling our stories in a way no one else does. His humility and humour join with an artist’s heart as he writes about the way we see ourselves.”

“The soundtrack for my life is taken from Mark Perry’s music. His song-writing, musical expression and stage presence emanates the very best, most magical qualities of life in a northern town. Perry’s music invites me in to sit by his fire and feel like a cherished neighbour for a while.”

“Mark writes the kinds of songs other writers wish they had written.” 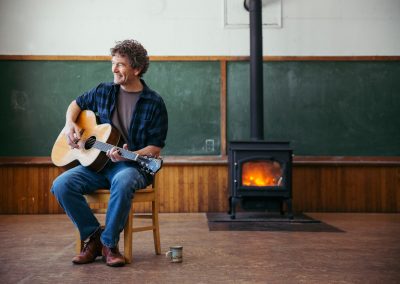 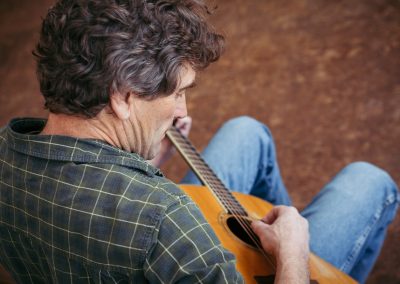 is the part of each album project Mark treasures most. photo: Marty Clemens 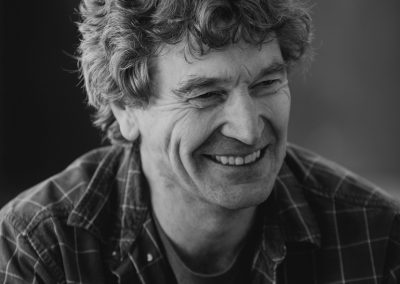 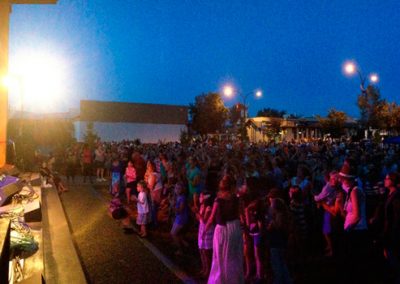 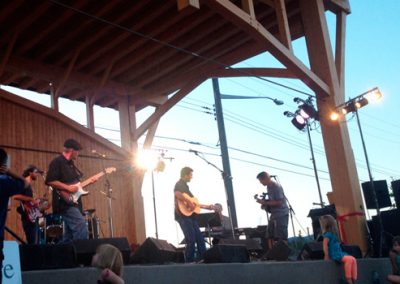 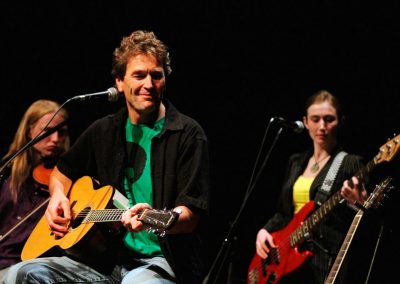 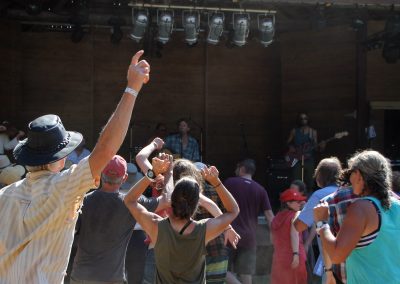 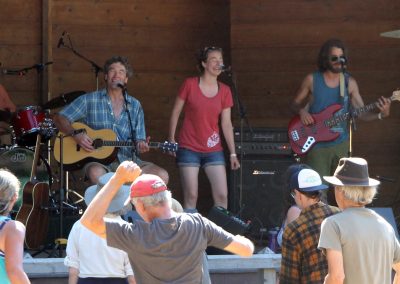 Dancing under the hot summer sun. 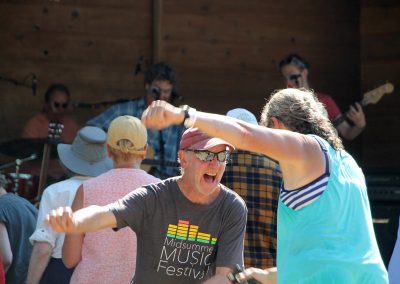 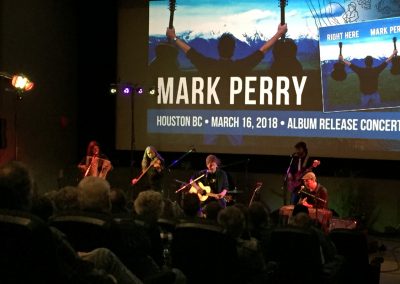 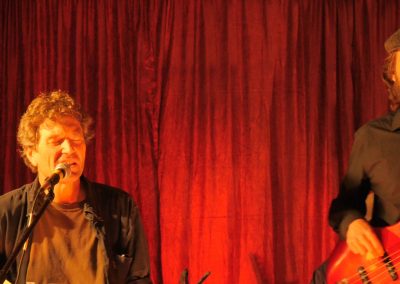 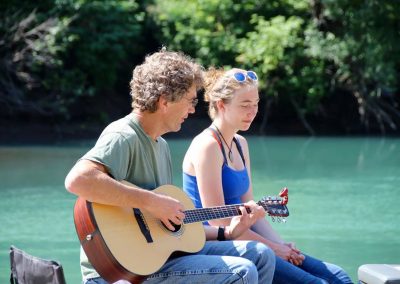 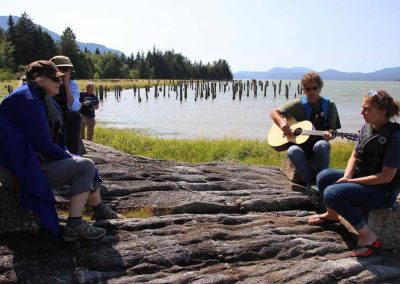 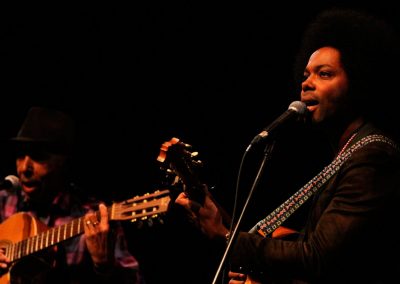 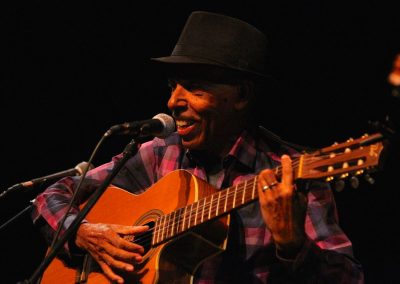 Valentin and Alex Cuba join Mark on stage for one of his many album release concerts. photo Wendy Perry 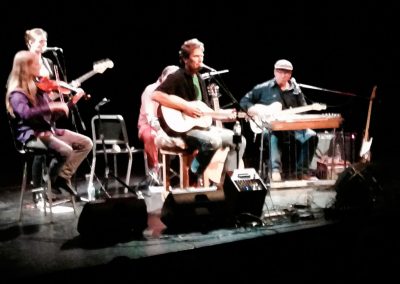 Magical concerts in theatres of all sizes. 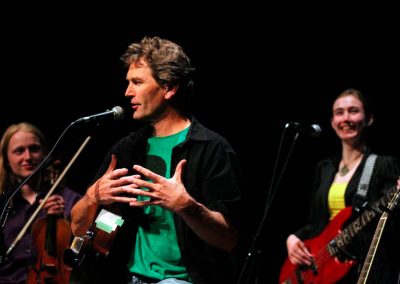 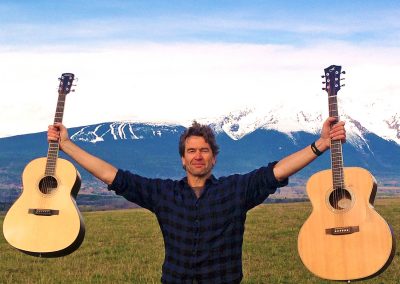 Mark Perry in his beloved Northwest BC! 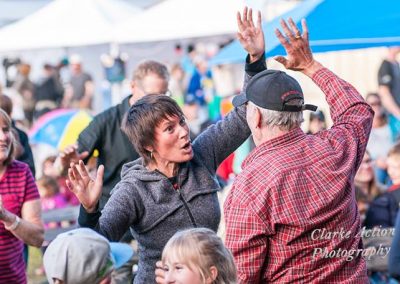 “Flatten out the Curve”